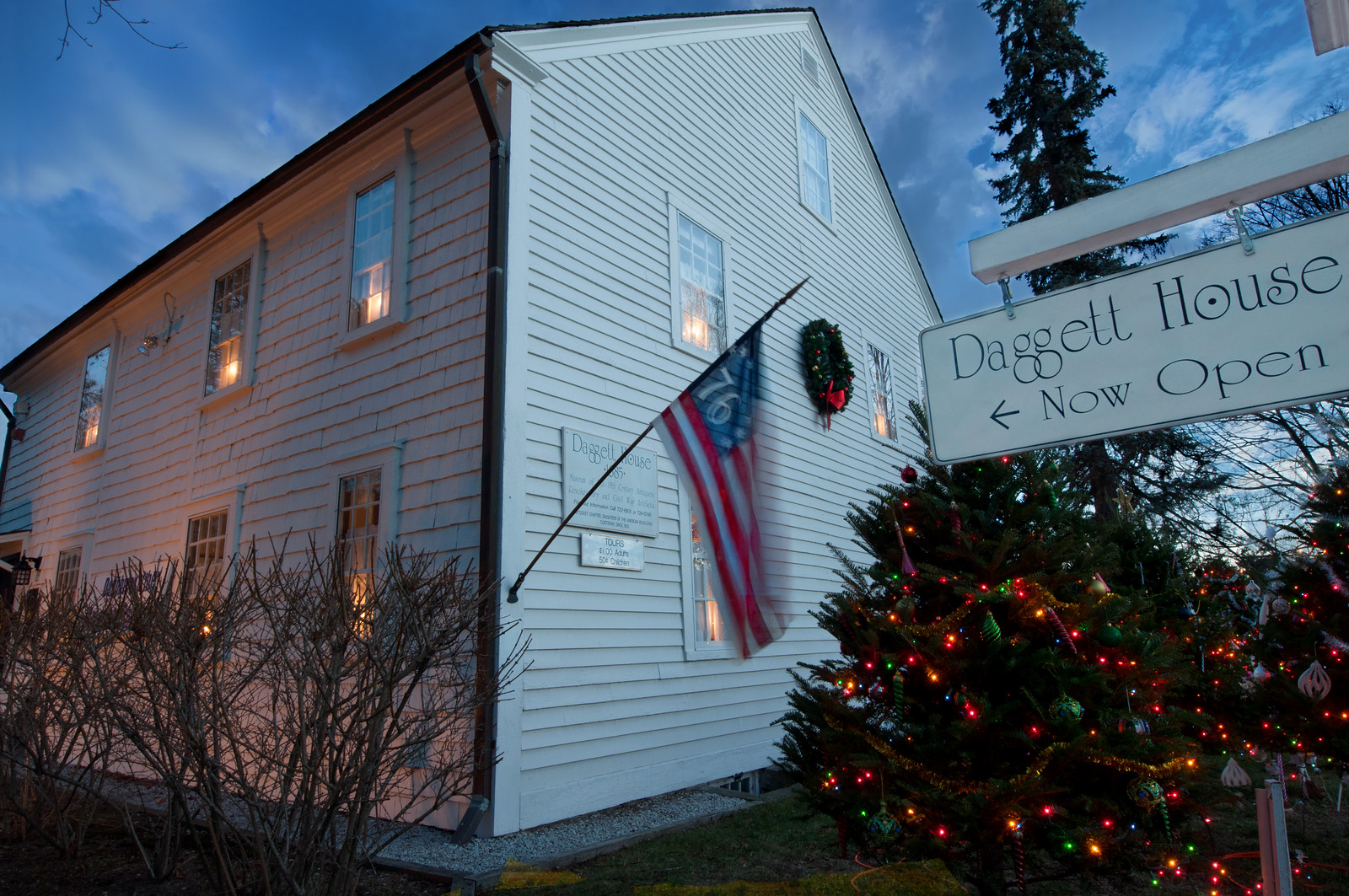 John Daggett came to America in 1630 and settled in Weymouth, a part of the Massachusetts Bay Colony. The descendants of John Daggett built this very house in 1685. The land surrounding Daggett House, now Slater Park, was the first landing place of Roger Williams and his small band of followers after they were driven from Salem, Massachusetts. Governor John Winthrop of the Plymouth Colony advised Roger Williams to move off the land as it was considered part of the Massachusetts Bay Colony. Five years later, Roger Williams relocated to Providence.  It was then that Governor Winslow and John Brown purchased considerable land on the easterly side of the Blackstone River for a company of Weymouth colonists, which included John Daggett.

The Daggett Farm was originally in Rehoboth, Massachusetts.  Then in 1828, it became a part of Pawtucket, Massachusetts and later was transferred to Pawtucket, Rhode Island. Nathan Daggett and Colonel John Daggett were two of the 310 men and 27 officers from Rehoboth who fought in the Revolutionary War.

George Washington’s diary indicates that he stopped at the Daggett Homestead on his way from Newport to Boston. The house was a short distance from the Old Post Road (Newport Avenue-Route 1A).

Pawtucket Chapter, National Society Daughters of the American Revolution, leased the house in 1902 and began its restoration. Through donations and acquisitions, the Pawtucket Chapter, NSDAR, amassed an impressive collection of Revolutionary War, Civil War, and 18th/19th century memorabilia and antiques. Daggett House opened to the public in 1905 and is on the National Register of Historic Places.

A tour of the nine fully furnished rooms is history in action, with facts and lighthearted stories that will warm your heart.

TOURS:  The Daggett House is open for tours in September during Arts in the Park Festival, and in December during Slater Park’s Winter Wonderland.  Additional tours can be arranged by appointment April through December.

For more information on tours of the Daggett House, Rhode Island DAR, or our chapter, please email us.